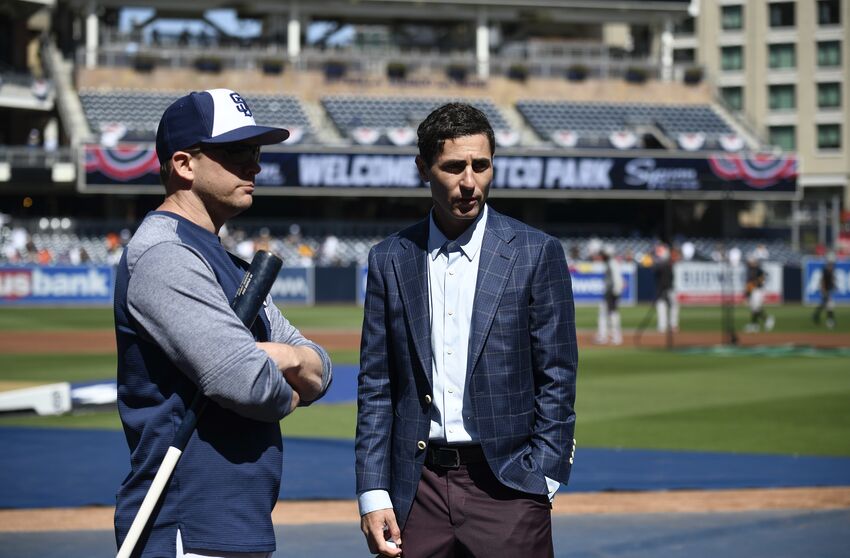 The biggest free-agent starting pitchers on the market, Gerrit Cole and Stephen Strasburg, more than likely will not end up with the San Diego Padres.  What options at starter does that leave them with?

I applaud the San Diego Padres for this move.  They went bold and declared they don’t expect to land one of the two big fish with regards to the free-agent starting pitchers, Gerrit Cole and Stephen Strasburg.

Now the Padres definitely need to bolster their starting rotation this off-season.  The team is pretty set on offense with foundation pieces in Fernando Tatis Jr. and Manny Machado.  They also have a solid closer in the bullpen in Kirby Yates.

In the starting rotation, the best ERA belonged to Dinelson Lamet at 4.07.  Not the greatest ERA to lead the team  He also finished with a 3-5 record in only 14 starts.  If you’re going for quality and quantity, that would be Joey Lucchesi.

He went 10-10 in 30 starts with a 4.18 ERA.  These are just not numbers you want leading your team’s rotation.  They are both solid back-end of the rotation guys, but not the ace the Padres need.

Now to be honest one of the reasons I don’t think they can pursue Cole and Strasburg is because of the monster contract they gave out to Machado at 10 years $300 million.  If they can’t get either of those two guys, who should they turn too?

The rest of the free agency class for starters is pretty loaded, but there are two pitchers I think they should target, the first of which is Jake Odorizzi.

He had a phenomenal season for the Minnesota Twins, going 15-7 in 30 starts with a 3.51 ERA and 178 strikeouts.  He isn’t the flashiest player, but he’ll get the job done.

The second pitcher they should target is Houston Astros‘ own Wade Miley.  He had a nice bounce-back season with Houston in which he went 14-6 in 33 starts with a 3.98 ERA and 140 strikeouts.

Next: Royals working to do right by Alex Gordon

Both of these starters would be highlighted in the front end of a San Diego Padres rotation which currently does not have an ace.  They won’t be the flashiest signings but could pay the most dividends at a cheaper price.